I charactize myself as a deadhead – with a small “d.” I make this differentiation because I never followed the band for a tour, I never sold shirts or burritos in the lot, I didn’t count the shows I’ve seen, and rarely traded tapes. But I have been a fan of the music for a long time!

My first show was June 26, 1976 at the Auditorium Theatre, Chicago. (I was 20 years old, children.) The Auditorium Theatre is a super elegant Louis Sullivan building with fantastic acoustics. This was the Dead’s first Midwest show following retirement of the Wall of Sound and their two-year hiatus. The crowd was out of its mind, as you can well imagine. . . and Stella Blue literally brought me to tears. 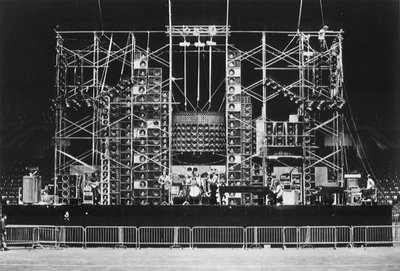 I saw them often when they played Chicago area theaters during the 1970’s, including many shows at the Auditorium, the Uptown and the Chicago Theater. And I had many magic experiences.

I began to lose interest in the stadium shows that followed the popularity of “Touch of Grey,” and my last show was in Milwaukee at The Mecca on April 16, 1989.

One thought on “My "deadhead" bona fides”