When I was 18 years old, I worked a full-time second shift job as a computer operator.

Computers were so expensive at that time that even large companies often paid for machine time at computer service bureaus. I had gotten a job the prior year as a “control clerk” at Swift Computer Services and management knew that I was detailed and careful in my work, and able to problem-solve independently. So when they needed a new operator, I was in the right place at the right time.

This is a IBM System 360/20 computer – the first mainframe computer I learned to operate:

IBM sales materials often showed women operators. I’m sure there were – somewhere. But no operator could actually work in heels like this. These machines were operated around the clock, and you were on your feet the whole time. 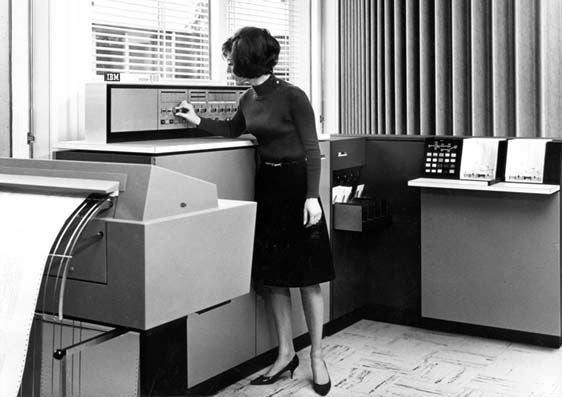 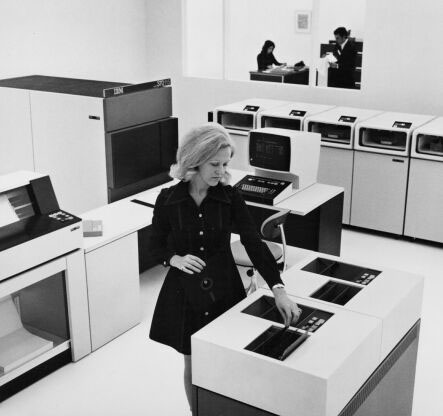 I remember that when the S/370 was installed at Swift, the older operators had a tough time adapting and it handicapped them. In contrast, I got into it – and I told myself then that I would always resist getting locked in my old ways, and try to remain open to new technologies.